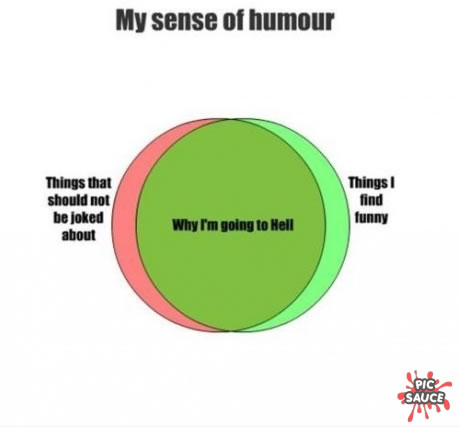 I want this album.

If you don’t know why this is funny, you really are missing out.

What we do every night. Try to take over the World

Glad but Not Celebratory

Osama bin Laden has been killed.  Good.  I wish we’d got him a lot sooner.

But celebrating in the streets?

I’ll celebrate when Al Qaeda/Taliban/Hamas et al says, “You know?  Maybe we should rethink this whole ‘killing everyone in the name of Islam’ thing and try something a little less….violent.”

Take this capybara (or chiguire in Venezuela) for instance….

Now get back to your studies.  All of you.

Thanks Ed!  I always appreciate the links.  Just so everyone knows, I still do write here.  It’s just that writing an article on the good/bad points of going to war in the Middle East, and who is or isn’t patriotic seems so…so….05.

This just makes me laugh

There are times when things just make you crack up and you have to share it.

This is one of those.

I saw this post by Kenneth Anderson to non-JournoListers from Volokh by way of my daily Instapundit read and wanted to opine on the good that will come out of this mess.

Anderson writes that the J-List episode has made him question the motives of reporters, even those who he respects and may not even be part of the infamous list.   For these thoughts, Anderson feels a bit bad (yes, this is a paraphrase and if its not accurate, well, that’s how I read it).

As a long time reporter, I wanted to add a few points.

I think Anderson, and any person questioning the credibility of a “journalist,” shouldn’t feel one bit bad about doing so. Credibility is something a reporter must earn and must defend at every opportunity.

News gathering is the ultimate “what have you done for me lately” business.  It also serves one of the most important functions in society.  News gathering lets people know about, and give a window into, events going on around them that may effect them.  But it is a window and not a kaleidescope.  A reporter’s job is to as accurately as possible, describe the events they are sent to cover.  Will their biases color how they look at an event?  Certainly, but the reporter should take their biases into account when covering a story and put them aside.  It’s not that hard, really.

Good reporting comes down to this:  Report what you see, give everyone the benefit of the doubt until they give you reason not to, trust but verify, tell the audience everything, and let the chips fall where they may.  It’s not your job to affect an outcome.  It’s your job to report the outcome.

Any reporter who goes into a story thinking they can manipulate it, or not use due diligence should be exposed and run out of the news business.  I don’t care what you’ve done in the past, if you screw up a story, or worse collude to screw up a story, you should be raked across the coals and be made to grovel publicly to keep your job.  Reporters should be terrified to entertain the thought that they could manipulate the news.  It’s the only way to ensure that they don’t try.

It frankly saddens me that these hacks continue to have jobs, but I’m not the person hiring these folks and watching as their audience is running away.

This whole mess just underscores why I don’t like the term “journalist” in the first place.  Using the term journalist somehow makes people think that they are a  part of the stories they cover and that they know better than you or I what “the public” wants.  Yuck!  What the public wants is the facts, uncolored.

So I say to Mr. Anderson and everyone else, don’t be sorry about constantly questioning reporters.  Your diligent gaze is what makes them, and their product better.  Only by keeping the heat firmly on all reporter can we get the news media we want and deserve.

You know its bad at USC when…

You decide to return one of your school’s Heisman Trophies, and its not even the one won by a player who allegedly killed his wife and another guy, and is currently doing a long stint in prison.

The “I never doubted the Rox for a minute except for when Holliday hit that huge home run and I turned the channel until the bottom of the ninth” edition. I’ve never been so happy to be so tired.